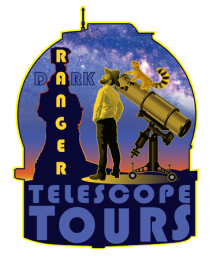 Here's what our guests, colleagues, and partners have to say about us:

﻿"★★★★★﻿ Kevin 'The Dark Ranger' Poe is the single most educational AND entertaining guide/interpreter in the Southwest."
- Will of Dreamland Safari Tours
Awesome” ★★★★★ (Reviewed December 25, 2014) "This was more than worth it! Bryce canyon offered us the darkest and clearest spot in North America and Kevin and his sons offered us an amazing experience. The presentation was mind-blowing, witty, and inspiring. There were three telescopes always cued to something impressive and easily shared with a small group. Waiting to look through the telescopes was just as interesting as Kevin had endless things in the night sky to point out and talk about. Again, this was well worth it!"
- Karis L, North Carolina
“Dark Ranger's guide to the galaxies” ★★★★★ (Reviewed January 9, 2015)  "A small operation on the edge of Bryce, and that's a real positive as the owner Kevin deliverers an informal, informative introduction to the night sky and space. Time with the telescopes is really hands on and quite unusual for this type of tour, Kevin provides a constant stream of info whilst your out stargazing. Excellent value, Kevin you should charge more!"
- Carl, United Kindom
★★★★★ (Reviewed June 20, 2015) We came to Bryce Canyon for the Astronomy Festival and had planned to use the telescopes they have set up in the park, but then we heard about Kevin Poe and his program. We brought our two girls, aged 6 and 7, and they haven't stopped talking about what they saw and were a part of. Before the sun went down we were able to see the moon, Venus, and Jupiter, plus had some great talks with Kevin about the stars and any questions the girls had. The program he did while we waited for darkness was on nocturnal animals, and he was engaging, fun, and we learned more in that hour than we did in two days at the Park. When we started using telescopes after the program, he kept all of us interested in what he was talking about, he was clear and fun, and we all learned so much. Seeing planets, stars, and galaxies was incredible, something we didn't realize was so accessible without spending thousands of dollars... They made this night something none of us will ever forget. We will absolutely be back, and we will recommend this to everyone we know. Five stars completely.
- Kayce & Family, Utah
★★★★★ (Reviewed October 26, 2015) We were lucky enough to be in Tropic for the Blood moon/Eclipse this past September of 2015. A few locals told us about "The Dark Ranger" and we decided to go. WHAT A TRUE TREAT... Kevin is knowledgeable, down to earth, comical and a true believer in conservation. He is passionate about astronomy and he made it infectious to us all. Richard, one of his assistants was great and witty also. The entire experience was wonderful, from the moment we got there. We will never forget the beauty and quiet of the Eclipse, thousands of stars, The Milky Way and shooting stars. The night hike was so cool... never thought we would ever experience something so awesome. We wish you continued and growing success Kevin. Charge more Kevin, its worth it.... This is a must go-to, people!!
- T & GG, New Jersey
“Girl Scout adventure” ★★★★★ (Reviewed January 19, 2015) Our teenaged Girl Scout Troop was at Bryce Canyon for the MLK weekend and had the opportunity to do the Dark Ranger program with Kevin Poe. He was outstanding. He did a full lecture on space and light pollution before we went stargazing that held the attention of 18 teenagers and their accompanying adults. We then went out for a viewing on 4 telescopes and we were not disappointed. We saw Jupiter and its 4 moons, several star nebula, a comet, multiple different stars, Uranus, the Moon...if we wanted to stay till 3AM we could have seen Saturn! There was hot chocolate and hot cider in the trailer. His patience is astronomical (!) and he was tolerant of the same question from nearly every person as we moved telescope to telescope. I can't recommend this highly enough. We all learned so much and had an outstanding experience, I can't wait to go back with my family to show them how amazing the truly dark skies are.

According to TripAdvisor We Are Among the Top-Ranked Telescope Experiences on Earth.
Proudly powered by Weebly